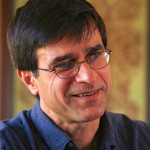 Julio Ozores is a colleague who regularly lectures in the Langley Porter Mood Disorders Clinic, a staff psychiatrist at the University of California, Berkeley, Health Center and someone with a sharp intelligence and curiosity who has been interested for many years in the application of Evolutionary Psychology to the understanding of mood disorders.

He has worked as a psychiatrist for 26 years. After psychiatry training at the University of California San Francisco, he has had private practices in San Francisco and the East Bay and is currently on staff at University Health Services, UC Berkeley Counseling Center, where he specializes in the evaluation, psychotherapy and psychopharmacological treatment of young adults/college students, and in working with Latino and other underrepresented populations.

Pursuing his other interests in teaching biology, evolutionary psychology and cognitive science in the service of professional development, he has been a guest lecturer at The Pacific Center for Human Growth, The Wright Institute, UC Berkeley School of Social Welfare and UC Berkeley Integrative Biology Departments, the University of Guanajuato and at UCSF Department of Psychiatry, where he has taught practical psychopharmacology and topics surrounding the interface between evolutionary theory and psychiatry. He has special interests in philosophy of mind and in helping clinicians articulate their clinical work with a biological, evolutionary and ecological account of human nature.

Dr. Ozores, How does Evolutionary Psychology help us understand depression?

Evolutionary hypotheses of depression have posited several “purposes” for depressed mood, so I’ll try to answer by approximating what they have in common. Generally, evolutionary (or, more precisely, adaptationist) hypotheses of depressed mood understand it as existing because it served some function to keep our ancestors – perhaps our very, very ancient ancestors, for example, other species – safe in the midst of adversity. Another way of thinking about it is that the capacity for mood variation – whether “up” or down” – is crucial for organisms like us to negotiate environments that are always changing with respect to their propitiousness versus their risks and disadvantages. Mood regulates our behavior. And, for highly, intrinsically social species like we are, this shows up mainly as regulating our social behavior.

“Pain or suffering of any kind, if long continued, causes depression and lessens the power of action; 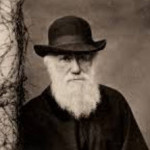 yet it is well adapted to make a creature guard itself against any great or sudden evil.”

The epidemiology of depression confirms that the onset of many episodes of depression is associated with life stressors. This already is consistent with adaptationist hypotheses. But also the type and meaning of the stressors are of the kind that evolutionary hypotheses lead you to expect: life stressors of defeat, humiliation, entrapment, and loss.

The idea is that after certain painful experiences, such as having suffered defeats, or disruptions in attachment (lost relationships), humiliations, or drops in social status, the changes in behavior that depression causes may have a purpose. For instance, the incapacity of depression, the decreased performance, the tendency to shrink from social interactions, the low self confidence, the “I can’t” mindset, the deeming oneself less-than, are all effective ways to keep the organism out of risky endeavors, temporarily. The tendency towards undervaluing positive outcomes  (anhedonia) or overvaluing negative outcomes(pessimism) also tend to pull one out of the game when one is 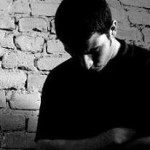 not in good shape.

Even if depressed mood becomes stuck or dysfunctional, or takes on “a life of its own” and becomes a diagnosable illness, it can help to see it as a glitch in a purposeful, functional system. And in cases where depressed mood is reactive,  proportionate and self-limited, an adaptationist perspective  that understands it as a normal state is perhaps the most effective way to “destigmatize” depression. If we can see depressed mood in some cases as not an illness (for instance, in reactive, proportionate and self-limited bouts of depressed mood) – or, even in cases where it has become an illness, as a phenomenon that constitutes a dysfunction in the regulation of a normal mechanism, we can reduce moralistic self-blame and societal rejection.

What are the clinical implications of these theories?

One clinical implication of this has to do with fostering a kind of self-forgiveness about finding oneself depressed.  Making sense of the misery one feels is the first step in healing. Clinicians have already learned this in the treatment of panic disorder, for example: the first step in the CBT for panic disorder involves understanding the fight or flight reaction, the logic of how it’s adaptive in certain circumstances. Only then does one begin to examine how it has become dysregulated or maladaptive if it’s happening all the time in situations that do not call for it.

For clinicians, one implication of always keeping in mind that mood variation is not only reactive – what our common sense  folk psychology already tells us – but also functional , is an affirmation of a the importance of a holistic assessment. To understand someone who’s troubled, you have to understand what’s troubling him or her and what their trouble is – that is, their realistic psychosocial predicament.   Clinicians can get lost with symptom checklists and rating scales and reviewing what medications have been tried and neglect trying to understand what’s happening in the patient’s life.

Evolutionary explanations of depression also fit quite well with understanding what the ingredients are in a successful psychotherapy. Research shows that a good predictor of effectiveness in psychotherapy is the therapeutic relationship, in other words, the relationship matters more than the specific techniques used. This is consistent with evolutionary hypotheses that would predict that finding oneself with an ally – thus, accepted and feeling more powerful – would be help in recovery from depression.

How do evolutionary hypotheses fit into a biological understanding of the mechanisms of depression?

There is a way to fit together evolutionary hypotheses with some of the latest thinking about depression and inflammation. The key here is to see depressed mood in the really long phylogenetic view, as part of the regulation of behavior in response to many kinds of adversity, not just the social adversities that are so salient for us extremely social animals. A number of other adverse events, for example having an infection, 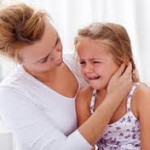 being lame or injured, or suffering from parasites, would all be “expected to” modulate behavior towards safety and low risk taking. It’s conceivable that very ancient mechanisms that had to do with sickness behavior are the primitive “stub”, so to speak, from which fancy mechanisms to deal with social adversity evolved. In other words, the body’s inflammatory processes are intended to deal with acute threats such as infection, perhaps depression evolved from those processes to also deal with social threats.

So, does an evolutionary perspective mean that we should understand depression as a “normal” state, and if so how does that fit with the notion of “treating” depression?

It’s a mistake to consider most of the case of depression that lead people to seek treatment as “non pathological” just because there is a way to understand a certain kind and degree of depressed mood as non pathological. Some evolutionary psychologists, I think, have gone off the deep end here.

It’s also important to realize that even a non-disordered depressed mood deserves help and attention. Even if it played some helpful role modulating behavior in ancestral environments, it may not be doing any good for a particular person in this day and age.  Furthermore, at best the “functions” of depressed mood all have to do with temporary strategies to keep safe, to bide time, to allow other processes to pull one out of a bad circumstance, but do not play any function in improving one’s lot per se.

How does an evolutionary perspective view the relationship between depression and traumatic stress (PTSD)?

The difference with the environmental cause of PTSD is that PTSD is triggered by predicaments or adversity that trigger fear, terror, horror, with the ensuing flood of activation of the freeze, fight or flee response.

Another difference is that PTSD may be caused by brief, acute stressors, whereas the triggers for depression presuppose a kind of prolonged helplessness vis a vis the current situation. We know of course that not all stress is bad, and that stressors that are brief, or that pose a challenge that one can do something about, can lead to a ‘proactive’ stress response that’s adaptive and does not trigger subsequent suffering nor illness.   It’s the prolonged and uncontrollable kind of stress that leads to what’s been called in animal research “passive coping” (for instance, a rat just floating as opposed to swimming), “conservation-withdrawal”, i.e. states similar to depression

Evolutionary accounts may throw some light on the frequent comorbidity of PTSD and depression. Having a condition like PTSD is really like suffering daily defeats and being trapped and helpless with regard to a monkey on your back: flashbacks, hyper-vigilance, avoidance, nightmares, etc.  Illness number one then triggers a secondary illness number two, depression.  Of course this may apply to the comorbidity of depression and other psychiatric and general medical illnesses. One implication of this is that if condition number one is treated and gets better, condition number two may improve, via a feedback that goes thru a psychological assessment of one’s lot.

Readers interested in more on this topic might find this presentation by Dr. Ozores of interest: Depression in the Light of Evolution Part Two Public Jan 17 2013