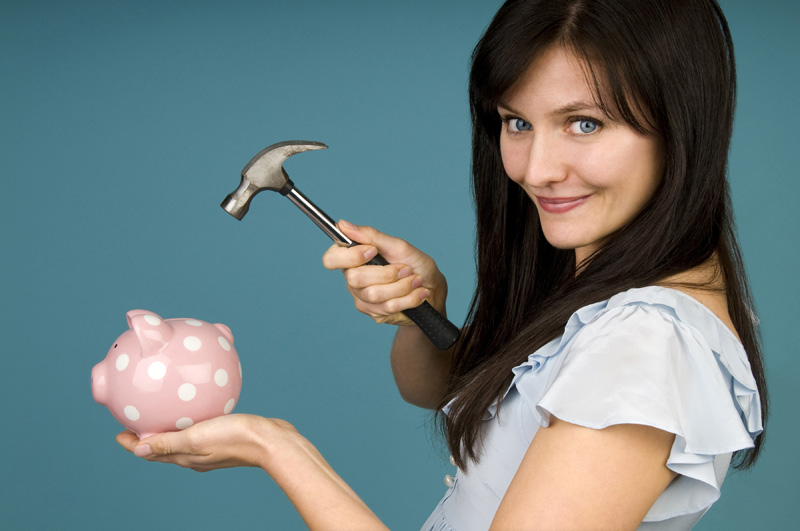 Will you take $75 now or $100 three days from now?  In the fields of economics and psychology, (and the new field of economic psychology) the choice is called “delay discounting” although many people may be more familiar with the term “delayed gratification”.  The two terms are opposites; delayed gratification means you will wait for the larger reward even if it doesn’t come immediately, while delay discounting means that $100 is worth less (discounted) because you won’t get it immediately.

Delay discounting (not wanting to wait) is a trait commonly found across a wide spectrum of mental illnesses, although it still is not clear if this trait is a cause or a result of these disorders.  Another term for it is “impulsivity”: the well-known tendency of people in manic or hypomanic episodes to start doing many things without much pause for thought.

In general, children learn at a fairly young age to defer gratification: if Mom says you can have a small treat now or a bigger treat later, most will quickly learn to wait.  Such ability to make long-term plans is very important in many areas of life, but especially in regards to money and finance.  Obviously saving for the future means delaying the chance to buy stuff now, and the ability to do so makes a big difference for investment and retirement planning.1

Acceptance and Commitment Therapy can help

Delay discounting appears to be an inborn trait, but it is also amenable to learning and practice.  A related trait is psychological inflexibility, the inability to change perspectives and strategies in the face of a changing environment.  Acceptance and Commitment Therapy (ACT), which has been recommended several times in this blog, appears to help trainees develop their flexibility and consequently their ability to delay gratification.2

ACT consists of several steps or stages, but for delay discounting, the commitment stage is of great importance.  The trainee is asked to consider their own values and make a commitment to allocating their time and other resources accordingly.  As this ability develops, actions taken start to fit with long-term plans and goals and impulsivity is reduced.

A lot of research still needs to be done to understand how this decision-making process affects our mental health and wellness, but for all of us, more disciplined choices and long-term thinking will lead to more stability and result in the opening up of more opportunities.