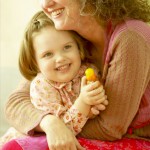 We have had the experience of feeling that we were in the presence of evil. A sense of foreboding, a shiver that involuntarily runs down the spine. An awareness that our expectations of rational behavior in others may be misplaced.

As we have experienced it evil may be clever, but it is not creative. At its heart lies fear. Fear that is often passed from generation to generation in families.

Those who live in its shadow usually have been victims themselves. They seek refuge from the impotence of their past by imposing themselves on others.

One of the great cross generational struggles that we have been able to support in small ways is the effort of a family to extricate itself from evil. To break free of the pattern of adults abusing children who abuse their children. It  generally takes more than one generation.

The first generation tries to create a future for their children that is free from violence, but often it can’t protect the children from the sense of doubt that lives in the hearts of those who have themselves been abused. Then the next generation raises its children and perhaps manages to teach them not to be fearful. And so on… the process of creating enduring hope takes time.

But we can always turn towards hope, and away from fear.

There is in faith and love and hope the power to overcome darkness and fear and violence and death.

“Three things will last forever–faith, hope, and love–and the greatest of these is love.” 1 Corinthians 13:13

We certainly don’t always agree with M. Scottt Peck, but his books on this topic are worth exploring for insights into the interface between psychology and this dimensional of spirituality.

The classic book is “The Road Less Traveled” now available in a revised 25th anniversary edition.

Another book that is equally relevant is “People of the Lie” also by Peck.