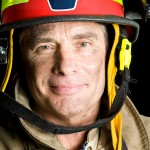 Heroism can be bad for your health.

We know, we’ve been there.

It starts with a positive feeling about someone or some group of people, then there is the recognition that they have suffered injustice (or are suffering for some other reason) and ends up in a wish to solve their problem (s). What a wonderful world it would be if this very noble impulse didn’t so often lead to pain and hard feelings all around.

There are several problems with being this kind of hero.

First, the other person may not see the problem in the same way or may not yet have reached the stage of seeing the problem as a problem (see some information here about the stages of change).

Second, it is surprisingly common to discover that the person you are trying to rescue is in fact intent on “proving” that they are “incurable”. If you feel as though you are doing all the work to help someone and they are doing no work, or, you wonder, if perhaps they might actually making things worse for themselves, you should consider the possibility that you have gotten trapped in the kind of life game that Eric Berne described in his book, “Games People Play.”

Finally, you are probably not being realistic about your ability to continue to provide support to the person you are trying to rescue. If you do all of the work to solve their problem then they are never going to learn how to take care of themselves and will end up dependent on you.

We have often proposed that instead of just ignoring everyone who is in need (which is the obvious way of avoiding getting trapped in the “hero” role), it might make sense to have a rule that efforts made on behalf of someone else are never greater than the efforts that that person is making to help themselves. (You are there to “give a hand” but not to do most of the work).

Much of the thinking about this idea of avoiding “being the hero” is contained in books about “co-dependency” and Melody Beattie is probably the most widely read author on the topic. Here are some books to consider…