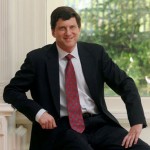 During the 1990s clinical psychologist John Gartner was planning on writing a book about religious movements started by manic profits, but he began to be distracted by the energy and excitement swirling around him as people became immersed in the Internet “bubble”.

He decided instead to write a book about the relationship between hypomania and success in the business world (The Hypomanic Edge). His hypothesis was that American entrepreneurs were largely hypomanic.

He placed announcements on a number of websites devoted to technology and business and said that he was looking for volunteers in a study of entrepreneurs. He found a small sample of 10 Internet CEOs and read them a list of hypomanic traits and asked them if they agreed that these are the traits of a typical entrepreneur:

• They are filled with energy
• They are flooded with ideas
• They are driven, restless, and unable to keep still
• They channel their energy into achieving wildly grand ambitions
• They often work with little sleep
• They feel brilliant, special, chosen, maybe even destined to change the world
• They can be euphoric
• They become easily irritated by minor obstacles
• They are risktakers
• They overspend in both business and personal life
• They act out sexually
• They sometimes act impulsively, with poor judgment, in ways that can have painful consequences
• They are fast talking
• They are witty and gregarious
• Their confidence can make them charismatic and persuasive
• They are also prone to making enemies and may feel persecuted by those who do not accept their vision

Every single one of the businessmen that he talked with agreed that the description was accurate and they endorsed all of the traits except for “paranoia” and “sexual acting out” (traits which are seen as being particularly negative and therefore may be hard to endorse).

Many of the people he spoke with were enthusiastic about this description, saying things like “wow, that’s right on target!”
So Gartner ended up writing a book about the link between hypomania and business success in America.

In his book he suggested that America, a country of immigrants, may have a particularly high density of hypomanic people. He argued that places that are destinations for immigrants are likely to have an oversupply of the genes associated with hypomania.

This would of course make the San Francisco area especially rich in people with hypomania. Since it was founded by immigrants who were drawn by the excitement of the gold rush, and perhaps that is why it has been for several decades the heart of the Internet revolution.

Having started with a bang, the rest of his book is a little bit disappointing, it consists of stories about people who helped to found America and imbue it with its unique characteristics and evidence to suggest that they were hypomanic, beginning with Christopher Columbus (which is probably one of the better stories in the book).

There’s a lot less in the book about what this all means but you may well find it entertaining and intriguing and it certainly generated a lot of attention and controversy when it was published.

For more on this topic –