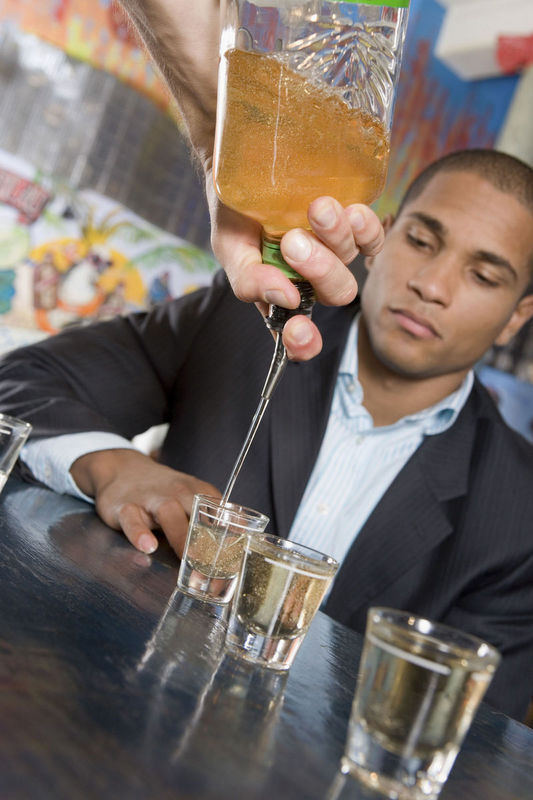 A detailed and impressive study finds dramatically increased alcohol use disorders in the US in the past decade.

What else do we know about the health of Americans in the past few years?

We know that there has been a startling increase in death from opioid use.

Opiate deaths have gotten a great deal of attention, but what seems to be less often noted is that studies have found that this increase in opiate deaths occurs in the context of an overall increase in drug overdose deaths as well as suicide rates.

Studies have suggested that many “accidental overdose deaths” may actually be suicides. In other words that the magnitude of the increase in suicidality in this country is being under-reported. 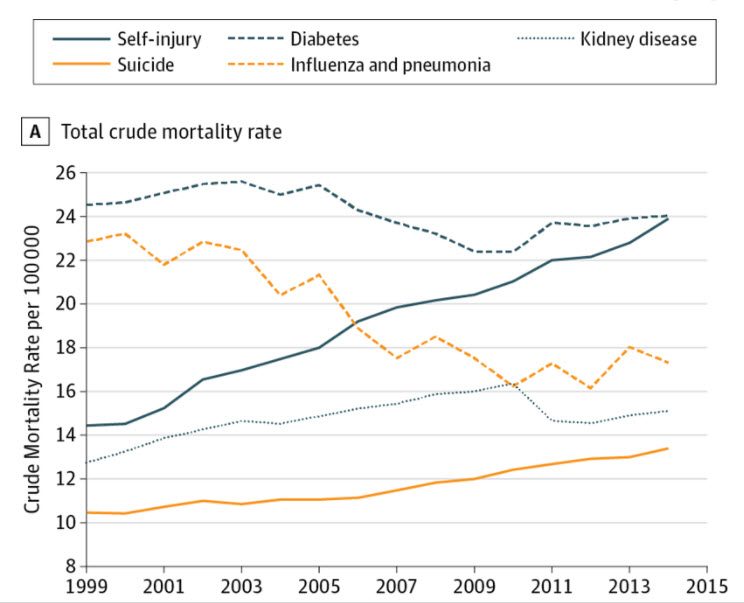 In fact, in 2015, the American death rate – the age-adjusted share of Americans dying- rose slightly for the first time since 1999.

All of these statistics sound rather familiar, they mirror (although, so far, in a much attenuated form) the changes in overall health indicators that occurred during the collapse of Russian communism. Speaking about the dramatic changes in public health during that period, Lincoln Chen, et al wrote…

“The responsible causes are probably a combination of historical and contemporary forces: catch-up effects from previous lifestyle risks… and current turmoil characterized by economic impoverishment, widening social inequality, and the breakdown of political institutions.”

Where is the Outrage about Suicide?

Self Injury is the 8th Leading Cause of Death

The Upsurge of Mortality in Russia: Causes and Policy Implications. Available from: https://www.researchgate.net/publication/243771872_The_Upsurge_of_Mortality_in_Russia_Causes_and_Policy_Implications [accessed Aug 14, 2017].