The way that people use language predicts stress levels quite reliably, according to a 2017 study in the Proceedings of the National Academy of Sciences.

Many different stressors (traumatic stress, poverty, loneliness, being told that you have a life threatening illness) all activate a single pattern of profound changes in the function of the immune system. The changes are known as the “conserved transcriptional response to adversity” (CTRA). They involve activation of genes that increase inflammation throughout the body.

Increased inflammation has been associated with depression, heart disease, ulcers, arthritis, and certain cancers. Thus knowing whether someone has activated the CTRA system is important for doctors.

Until now, the only way of figuring this out involved expensive laboratory tests.

Asking someone if they are stressed is not helpful. There is, in fact, a small negative correlation between self reported stress and inflammation (people who say they are stressed have lower levels of activation of the sympathetic nervous system and lower systemic inflammation – perhaps because they are better at getting social support for distress).

Now a group of researchers have shown that there is a particular, easily identified, pattern of language use that, combined with some basic demographic information, accurately predicts a person’s level of inflammation.

A combination of two demographic factors and the pattern of language strongly predicted inflammation.

The two demographic factors were –

The language predictors were amount of speech and two aspects of word choice. These are summarized below. 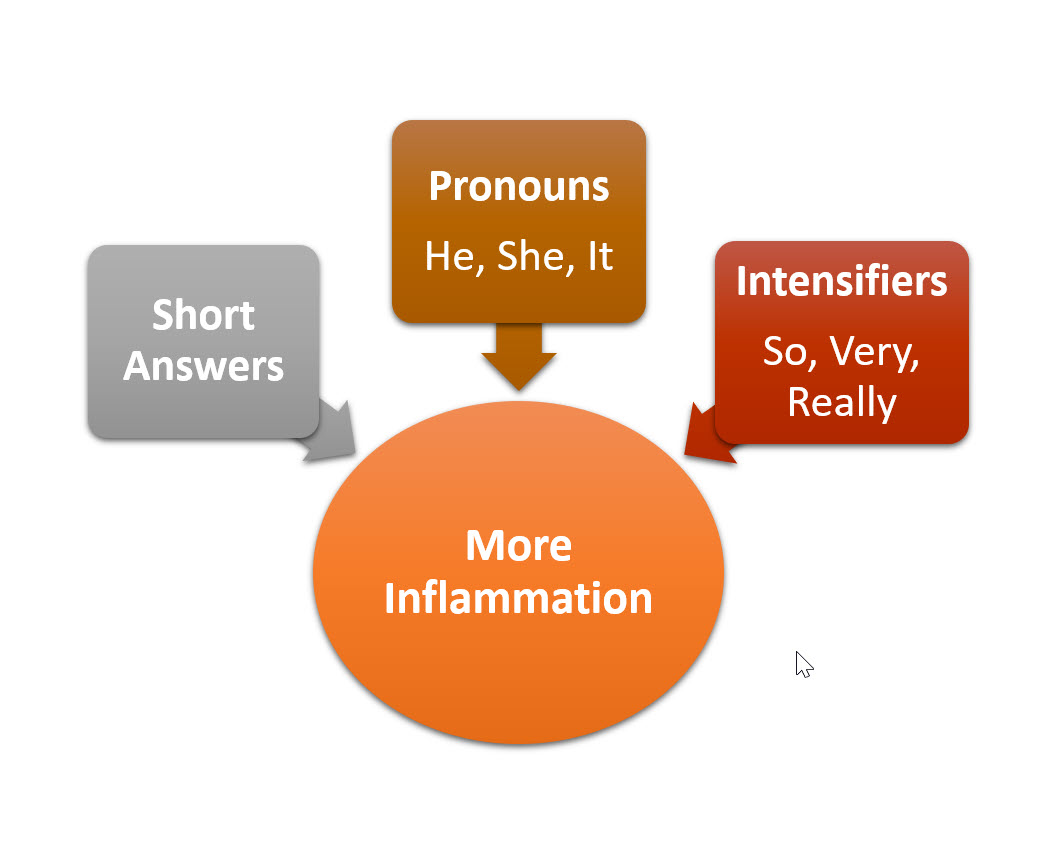 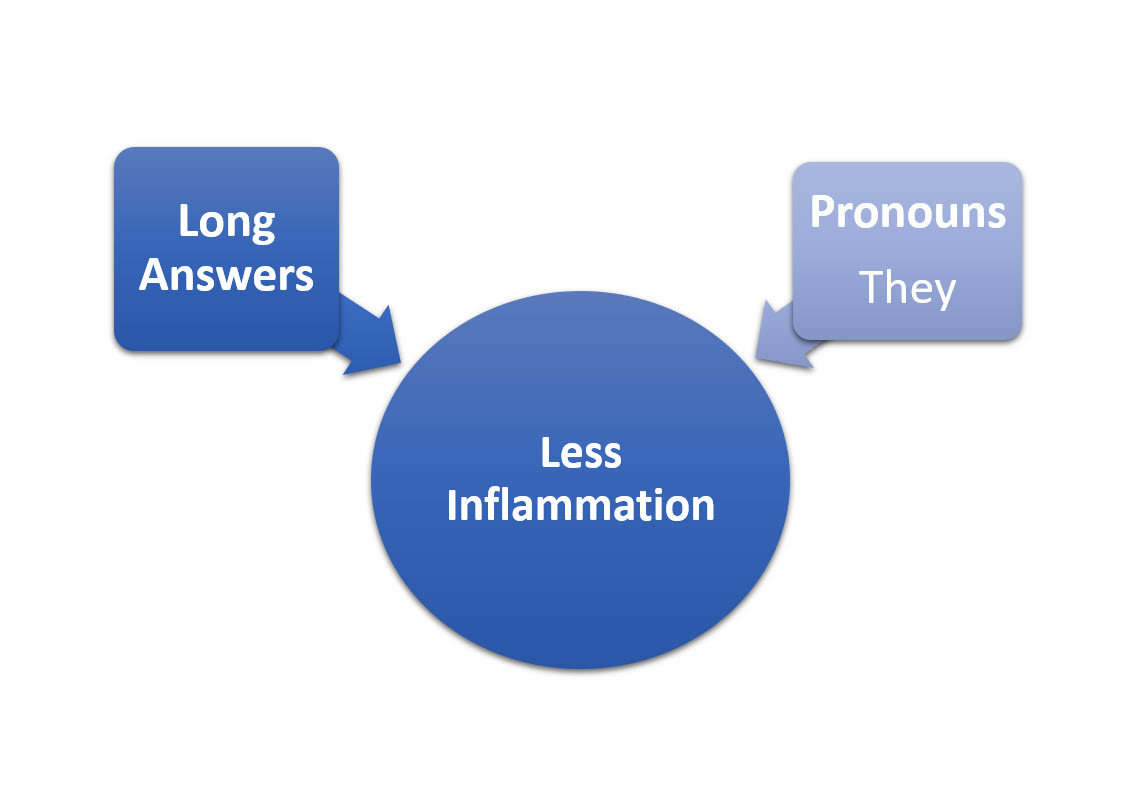