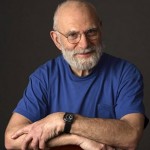 The medical model is something that many people with depression or mood swings feel frustrated about. The whole doctor-patient relationship with its power dynamics can seem exasperating, and at the same time, having an “illness” can seem as though it must be a source of stigma and shame.

I’m not going to talk about the topic of the doctor-patient relationship, but let’s pause for a moment to think about the relationship between stigma and the medical model.

My first observation is that this idea, that having an “illness” must equate to feeling shame and stigma, really does not come up in any context except for psychiatric illnesses.

When was the last time you’ve heard a patient with diabetes railing against the “stigma” they experience because of their diabetes diagnosis. Or a patient with hypertension upset because this condition, which can be understood as part of a normal distribution of blood pressures in the population (although of course we also know it is a major risk factor for many potentially fatal disease), is viewed as an illness.

In fact, the stigma that is associated with psychiatric disorders is actually a perversion of the medical model that uniquely applies to psychiatric diagnoses.

In general, an illness is not a source of shame, unless it is a psychiatric illness.

The shame comes from the “psychiatric” part of the condition and it doesn’t really matter if that condition is called an illness, or a “disorder,” or a “reaction” (psychiatry has used all of those terms).

Consider Oliver Sacks’ wonderful books about Tourette’s and Parkinson’s disease, and a host of other neurological conditions (Awakenings and The Man Who Mistook His Wife For A Hat, to cite just two of them), Dr. Sacks understands these conditions as both “diseases” and as an integral part of a person’s humanity and self.

He does not find that the two are incompatible. He notes the mental processes that are equivalent to the physical “tics” in Tourette’s and describes these with appreciation, just as one can delight in the creativity and depth of feeling that often accompany bipolar. But he doesn’t suggest that we ignore the disease aspect of the condition (how it interferes with life well lived).

Why is it so hard to think of psychiatric disorders in the same way?

True, there are serious limitations to the medical model, chief among those is the dichotomous nature of the term disease. One is either ill or not, there is no recognition of the grey zone.

However this problem I think may stem from society’s need for that kind of simplicity.

The notion of an illness calls forth many responses from the world around, an obligation to provide some care, a recognition of the need to sometimes be excused from certain duties, etcetera.

Since the notion of “being sick” affects society so broadly it has to be understood in a very simple way. The analogy is to our legal system, our most basic legal notions are also dichotomous: one is either guilty or not guilty, a distinction that is often equally reductionistic.

For an enlightened medical perspective, consider this discussion by Dr. Sacks (a Ted presentation) about what we can learn from hallucinations…