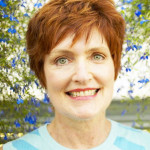 Many older people are concerned about impaired memory, and the relationship between memory, stress, and aging can be difficult to untangle. Obviously worry about memory problems can be a source of anxiety and stress. But can stress and anxiety be a cause of memory problems? And if so what can be done about it?

Elsewhere we will be talking about some of the proposed natural treatments for elevated cortisol.

In this post we want to talk about an article  we ran across when trying to make some suggestions to an aging woman, who had always been incredibly high functioning until a series of health problems came along, which led to multiple surgeries, and then increasing levels of anxiety and increasing concerns about memory impairment.

The authors cite information which demonstrates that elevated anxiety can have significant effects on memory, especially in older adults. They also have shown that serotonin reuptake inhibitors (SSRI’s like Prozac, Zoloft, Lexapro and others) reduce cortisol levels in older adults with anxiety.

Numerous studies have shown that cortisol impairs memory in older and younger adults.

In this study they showed that SSRI treatment of anxious patients lowered cortisol in those who responded to treatment and this lowering of cortisol correlated with significant improvements in memory on standardized tests of cognitive function.

As our brains get older they get more susceptible to stress induced increases in cortisol. An anxiety disorder is a major source of stress. Getting treatment can make a difference, by lowering cortisol it can improve memory function in the short run. Other studies suggest that lowering cortisol may have long term benefits, as well.