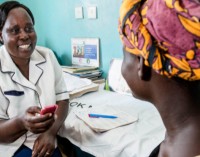 How can we start to better intervene with individuals facing psychiatric disorders in an effort to improve global health? Visibility is the key.

When we consider the deleterious health effects of mental disorder on the actual—re physical—health of our bodies, our mind’s eye might be so often obstructed by the extremes—blocked by images of more severe and the most disruptive disorders, or nightmare treatment settings, and general patient neglect, or homeless individuals we see in many American cities.

Further clouding the issue, what is true of mental disorder within treatment settings may not hold within community settings.

But a new study, incorporating world mental health surveys from 17 countries, over a period of 11 years, looked at the population at Large, probing for broader, global associations between mental disorder and chronic physical conditions.

Diagnostic criteria and definitions were of the DSM-IV, with data analysis taking place between January 2012 and September 2015. The original data—accounting for over 2,032,942 person-years!—was collected between January 2001 and December 2011.

Ultimately, researchers’ analysis found a strong correlation between having a psychiatric disorder and subsequently developing a chronic health condition.

Although the study’s observational structure could not pinpoint a cause-and-effect relationship between the mental and physical, it should not undermine the significance of the results, since the pattern was consistent with a casual interpretation.

Researchers can already point to plausible mechanisms: biological, behavioral, effects of psychotropic medications, and inequality when it comes to healthcare.

The incredible scope and broad nature of this study reemphasizes the importance of interventions for psychiatric disorders in any effort to improve global health.

This effort of course begins inside our own communities.

With a greater awareness of the link between the mental and physical, we can begin to consider more closely the most comprehensive treatment plans for all patients, not just those suffering from the most severe illnesses, and perhaps even members of the population who either have been misdiagnosed or received no diagnosis. In any event, and in all cases, we can hope for better outcomes, with patients living longer, more fulfilling lives.

Sense of Purpose and Health