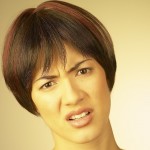 I once worked with a lovely woman who had a personal assistant who yelled at her all day.  She hurled insult after insult, screaming loudly in her ear things like—You’ll never get that done! There you go again, you idiot! Give it up, you’re never going to amount to anything! This is pointless, you may as well throw in the towel! Why bother starting, you know you’ll never finish! Needless to say, it was awfully hard for her to get anything done. She felt unmotivated, demoralized, and unable to work with the constant negativity. Just when she thought she had done something correctly, that nasty assistant would be right behind her, telling her all the ways she was wrong. She was mean, incorrigible, relentless.

How could a sensible young woman put up with such behavior? The truth is that this smart, capable woman did not employ such a terrible assistant. She would never put up with someone like that in her life. But, she was indeed living with this intense and cruel criticism. What gives?

If you haven’t guess already, the voice was her own. You’re right—she wouldn’t be crazy enough to employ someone who would say those awful things to her. But she was doing it to herself! Every mistake was met with criticism. Every success was minimized in anticipation of failure.

It may sound strange at first, but we often instruct people to look at the relationship they have with themselves. The woman in this story would not tolerate being verbally abused by another person, yet she was doing it to herself. And it was so ingrained, she didn’t notice!  She recognized the voice as her own. However, she would never use that tone of voice or say those things to another human being. Why not? Because, she said, they were cruel and awful. But isn’t it strange that she could be so mean and critical to herself?

We believe that how you talk to yourself matters. Developing self compassion is a great place to begin the 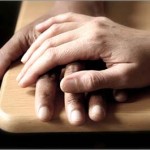 process of changing the dialogue with yourself and moving from self-sabotage to wellness. Practice speaking to yourself in an understanding and loving tone. We understand it will feel unnatural initially. And, to be honest, many of us don’t even know where to begin. Below are some helpful resources in learning this skill. And, stay tuned for the next entry on exercises you can try in order to change the relationship you have with yourself from punitive to rewarding.