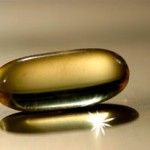 Journal Watch (which is published by the very well respected New England Journal of Medicine) recently reviewed the evidence about omega – 3 fatty acids and depression.

The editors concluded that fish oil can be helpful but the key to effectiveness is the amount of one of the two fatty acids that are the primary ingredients in fish oil.

The two primary omega – 3 fatty acids in fish oil are eicosapentaenoic acid (EPA) and docosahexaenoic acid (DHA). We will just call them EPA and DHA.

The amount of EPA is critical to efficacy.  DHA does not seem to help.  Also, and surprisingly, the authors conclude that the supplement is less likely to work for mild depression.

This conclusion is based on a  meta-analysis of many studies on the subject including 13 studies that were excluded 3 from a previous meta-analysis (JW Psychiatry Oct 17 2011). In the reanalysis the authors excluded one of the original studies because of flaws in the design of that large study (there was no diagnosis done, and only self ratings of depression were used).

In the original meta-analysis, the authors concluded that fish oil was not helpful. Two sets of researchers involved in the field criticized the meta-analysis and reanalyzed the data. In their reanalysis they showed a positive effect when the studies were divided into high or low eicosapentaenoic acid (EPA) doses. Higher doses had definite, moderate-sized effects.

In the end, this group of articles confirms a previous meta-analysis’s conclusion that the amount of EPA is crucially important. Doses may need to be higher than the original 1 to 2 g/day (perhaps 4 g/day of EPA). And the treatment may not be effective for milder depressive disorders.