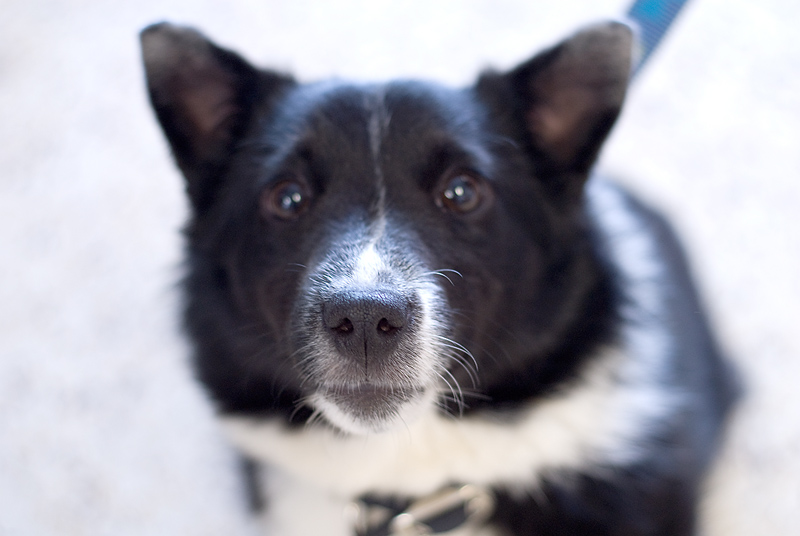 A recent study from Sweden has uncovered a correlation between stress levels in dogs and in their owners.  Though small, the study found some suggestive results, and the researchers believe that the dogs are mirroring levels of stress in their owners, not the other way around.

The study looked at 25 border collies and 33 Shetland sheepdogs, all of them owned by women.  Activity levels were monitored to see if there was any effect of physical activity on stress levels.  Hair samples were taken of dogs and owners twice over a period of several months, and tested for the stress hormone, cortisol.  The owners filled out personality inventories for themselves and their dogs, and the study found that the personality of the dogs had no effect on stress levels.  However, the personality of the owners had a strong correlation with the stress (measured by cortisol level) of both the dogs and the humans in the study.

The researchers now plan to expand the study to other breeds of dog, and to male and multiple owners to determine how the stress correlation works.  It may be possible to match dogs and humans in ways that minimize the stress effect from the human to the dog.

Moodsurfing has looked at the benefits to humans of animal companions, but this study is the first time that we know of that research has looked at the possible downsides for the animal!  Hopefully, we can learn to make the companion experience better for the animal as well as the human.Reference: Ann-Sofie Sundman, Enya Van Poucke, Ann-Charlotte Svensson Holm, Åshild Faresjö, Elvar Theodorsson, Per Jensen, Lina S. V. Roth. Long-term stress levels are synchronized in dogs and their owners. Scientific Reports, 2019; 9 (1) DOI: 10.1038/s41598-019-43851-x