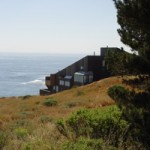 It’s been a very busy week for mental health professionals in the Bay Area. The holidays are ramping up. And it has been dark and rainy. Many people are feeling a great deal of stress.

Last night, we got a call from a wonderful woman who we’ve been working with for several months. She said that she had had a terrible fight with her husband and he had suggested that they break up.

Also, yesterday, we talked by phone with a former client who had seemingly switched from depression into mild mania. He told us that he had realized that it was time to break up with his lover of several years.

There are relatively few rules that we are comfortable with applying in almost any situation. One of those handful of rules is that the most important thing to do when facing a big decision that seems very urgent is to seriously assess what is making it so urgent.

Often, the thing that’s making it urgent doesn’t have to do with the decision itself so much as a change in mood.

We don’t know what happened in the relationship between the woman and her husband. However, we do know that he has been under quite a bit of stress because of a recent hospitalization. We also know that the experience of being physically ill for people who are not used to being ill can have a profound impact on their sense of well-being and confidence, not just in their physical health, but in their ability to manage their lives.

Certainly, the young man in mild mania is mostly feeling the need to decide and change things because of the mental energy that comes from mania. He’s feeling good and confident and may not be aware how his mood is influencing his decision-making.

We have personally experienced the influence of mood on decision-making in relationships and can recall a number of conversations with partners that we later regretted. At the time, of course, it seemed that resolving things right then was terribly, terribly urgent and important.

One piece of advice that we’ve often given to those who do have to make difficult decisions is to try to create a space for themselves where they can feel relaxed and comfortable. And to only think about what to do until they can enter into that space and state of mind.

Over the years, we have a particular seaside resort that we’ve often gone to to refresh and rejuvenate. After a few days near the sea we find that we are able to make much better and wiser decisions.