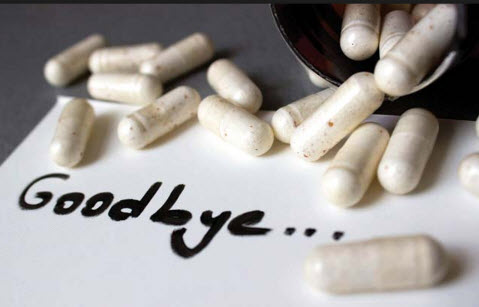 Imagine a world where a silent epidemic was cutting short the lives of young, otherwise healthy people. Imagine that, that deaths in this epidemic were rapidly increasing, while deaths from cancer, heart disease, HIV, and stroke were decreasing. Now imagine that there was no public outrage, not even any clear recognition in the media of what was happening. And imagine that funding for prevention of these deaths was a paltry 39 million dollars a year, compared with 3.2 billion dollars a year spent on HIV research. Finally, imagine that this killer was already the fifth leading cause of years of life lost in the country.

Well, welcome to America, and the sorry state of awareness about death from self inflicted injury.

A great editorial in JAMA Psychiatry makes the point that we need to generate much more outrage about this sorry state of affairs.

Suicide and “accidental” overdose deaths are an epidemic in this country.

Since 1999, the rate of suicide deaths increased by 28.2%, and this probably underestimates the increase because there is evidence that coroners are categorizing more and more deaths as “accidental” overdoses.

The editorialist notes that stigma used to be a barrier to prevention of death from cancer, heart disease, and HIV, but “stigma fighters” worked to counteract these barriers…

Stigma Fighters often use symbolism and branding to garner support for public health concerns. The red ribbon project to promote AIDS awareness started after Tony Award presenters wore them. This symbol became a public health brand that started a conversation, is promoted by celebrities, and generates funding. Similarly, the pink ribbon for breast cancer awareness originated with Self magazine and Estée Lauder, and now the Ford Motor Company, the National Football League, and cities across the nation promote pink.

In addition to the need for stigma fighters to tackle the barriers to treatment for depression and other disorders associated with suicide, there is a clear need for advocacy to increase the shockingly low funding for prevention of suicide.

Although suicide is the fifth leading cause of years of life lost in this country, until 2014 there was practically no federal funding. And even now funding is ridiculously low.

In 2014, the National Institutes of Health supported $39 million of suicide-related research compared with $2.9 billion for HIV/AIDS research. Although the National Institute of Mental Health responded to the 2002 Institute of Medicine report by initiating 3 developing research centers for suicide prevention, these were defunded, and there has been no federally organized and funded efforts comparable to those for CVDs, cancers, or HIV/AIDS.