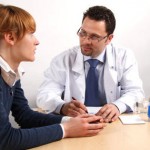 If you are a psychiatrist, sometimes you have an opportunity to experience a response to treatment that seems like a miracle. But when miracles don’t happen, what are strategies for working with a psychiatrist effectively?

Early in my career, the serotonin re-uptake inhibitors SSRIs) were released, and I had a chance to see a number of people who had given up hope of leading a normal life and had dramatic responses to Prozac (and then Zoloft).

It was an experience that was something like the experience described by a famous neurologist (Oliver Sacks) when the dopamine agents were discovered for treating Parkinson’s. People suddenly “awoke” as if from a deep sleep or coma.Much of psychiatry, indeed almost all of it, does not involve miracles. It involves hard work and the careful addition of treatments, any one of which, by itself, achieves only partial effects.

The key in this case is to be able to identify what is actually happening in response to a medication. You need to help your psychopharmacologist identify the responses to the medications. Even if these responses are not desirable, knowing what the effects of the specific medication is allows a psychiatrist to choose the next step and leads more quickly to the desired outcome.However, we can get fixated on the wish for a miracle, anything short of that and we say that the medication “isn’t working.” Unfortunately, this bimodal assessment of medication response (“working” or “not working”) is not that useful, indeed, it can lead to giving up on a medication too early.As a psychopharmacologist, what I want to know is not whether a medication is “working” but what are the effects that it’s having.For that reason, I ask my patients to fill out questionnaires to help me assess a broad range of symptoms and responses, and I also often use standardized tests like the Inventory for Depressive Symptomatology, which allows me to get a much clearer picture of how things change over time.When patients use these tools, they get at least a 50% boost in response to medication. And there is much less chance that a potentially useful medication will be passed over, delaying a positive response to treatment for months or even years.