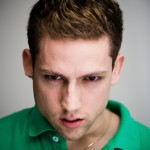 “It is just wrong, I can’t accept it, I have to stand up to things that are wrong.”

We were talking with a young man who was frustrated because he had to complete a year’s worth of general education requirements before he could graduate with his degree in film. He was very upset, and noted at a later point that, for some reason, he had actually gotten behind in all his classes and now that one year was going to be a year and a half.

“The only one who suffers is me.”

“I am putting myself through it but I don’t think my anger is unreasonable.”

“The system is a piece of shit, just fix it and everything will be alright.”

Part of why he was staying angry, and probably part of why he fell behind in his classes, was that he had a partially  conscious thought or wish that if he stayed angry things would change.

However, he had tried everything he could think of to avoid taking the classes and it hadn’t worked, and to an outsider (me) it seemed as though no one except the two of us was even aware of how angry he was.

“I have to accept it… but I have to also be angry about it for the next year. I am living in a world in which I alternate between anger and doing the work.”

It turns out that he had actually had some success with this. As a child he had had to deal with a number of unfair situations (his family had been completely preoccupied with his older brother who was an active substance abuser in constant crisis). One of these revolved a round a school he attended for part of his high school years, a school where he was mercilessly teased –

“The fucked up part was that I had told my parents that this was wrong for a year. I failed every class so I flunked out. I am going to show you how wrong this is. I failed thirteen classes in my sophomore year. But I got into a different school. I am very proud of it…”

Unfortunately, the older one gets the less likely it is that hanging on to one’s anger is going to result in positive changes.

His therapist had suggested he read two good books, if you are stuck in this same place, check these out –

Reality Slap by Russ Harris.This is a wonderfully written book that in a very accessible way discussed the concepts that form the basis for Acceptance and Commitment Therapy. There are moving stories, and helpful exercises.

I Can’t Stand It!