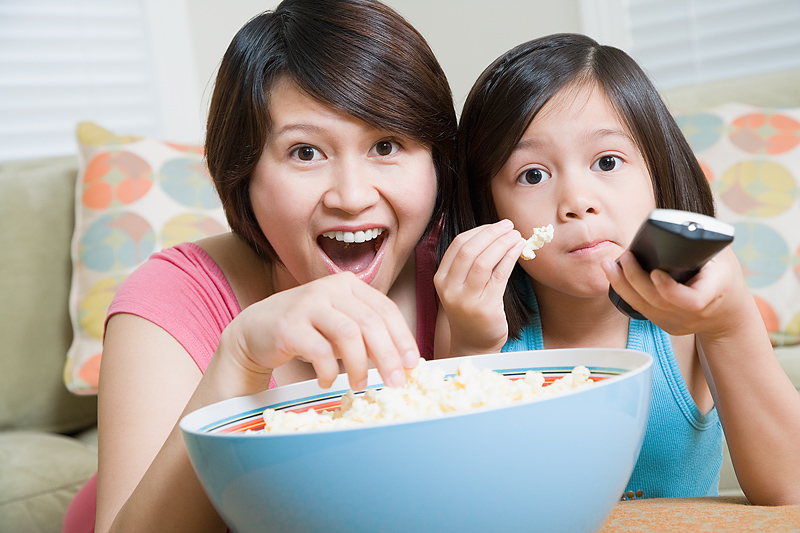 How can we build up foundational, long-lasting healthy habits while young? We know it’s important—a perennial question, if not one we face day-to-day. By building those habits early on, we can set ourselves up for healthier living long-term, and place our children on a better track for a healthier, more positive adolescence and early adulthood.

In fact, the habits we establish (or don’t) in our youth often prevail. The less healthy ones show up frequently as potential indicators, precursors, or critical risk factors for adverse health outcomes. It’s not altogether surprising that more inactivity and greater on-screen time, such as television watching, affects our physical health.

But how do inactivity and time before the tube affect us mentally? Cognitively?

In a recent study by Coronary Artery Risk Development in Young Adults (CARDIA), researchers set out to determine just that: the effects of early TV viewing habits and levels of physical activity on midlife cognition.

The study is one of the first to demonstrate the links between these risky behaviors and cognitive aging—highlighting the possibility and perhaps need to take preventive action against cognitive decline even before middle age.

Researchers collected and analyzed data from questionnaires, taken by 3247 adults between the ages of 18 and 30 years. For repeated visits (≥3 assessments) over a period of 25 years, participants reported on patterns of television viewing and physical activity.

The physical activity portion of the questionnaire focused on 13 types of vigorous-intensity exercise (running, jogging, cycling) and moderate-intensity exercises (walking, hiking, gardening). Activity scores were calculated based on intensity level and duration of exercise.

Television viewing times for each participant were established at years 5, 10, 15, 20, and 25. High viewing patterns were defined as reporting activity within the top quartile of visits, for more than two-thirds of total visits; the remaining participants fell into low to moderate viewing patterns.

What did they find?

Well, for participants that had high television viewing and low physical activity, researchers found their behaviors to be associated with worse midlife cognitive performance—specifically, a slower processing speed and worse executive function.

Verbal memory, however, was not associated.

The study has left behind some interesting questions, as well as avenues for future study. For example, to what degree does content and level of cognitive engagement mitigate (or exacerbate) screen-time as a risk factor for cognitive impairment? More stimulating sedentary activities, such as video games, may differ in their effect.

In the meanwhile, what can you do to boost your grey matter? To increase your odds of higher cognitive functioning, that will last and sustain you until you’re grey on top?

Here’s one strategy. Get out a sheet of paper and write down a number of physical activities you enjoy. Start with five. Think about where the activity takes place, how much time it would take, and who you would do it with. Getting others involved—friends, partners, your kids—is a great way to increase the odds of your turning this from a one-off occurrence into a legit habit.

Next, look at your schedule. What’s realistic? If you’re being honest with yourself, what blocks of time or parts of your day are more flexible than others? Creating a plan in this way, something you can hold, track and follow, share with someone else, will help it come to fruition.