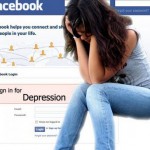 Today, social technology is commonplace. It’s practically unavoidable, and we rarely think of it as something that is risky, but, rather, as useful or fun (…and maybe a little addictive). But social researchers at University of Houston and Palo Alto University have found evidence that social technologies, like Social Networking Sites (SNS) and texting, might actually lead to depression.

This might seem counterintuitive. SNS like Facebook, Twitter and Instagram have enabled us to communicate with friends, family and coworkers on an unprecedented scale. Millenials and members of Generation X—and even those tech-savvy Baby Boomers—frequently opt to send texts and conduct several all-day-long, concurrent “conversations” instead of picking up the phone.

Naturally, psychologists and researchers are concerned about the effects SNS and social technology might have on kids, teens and young adults, who use peer interactions to develop a healthy sense of self-esteem, individual identity, and maintain overall mental health.

Existing studies show that popularity among peers might protect against depression. Meanwhile, girls and adolescents who frequently compare themselves to friends’ profiles and online representations—often idealized and unrealistic—might be at a higher risk for experiencing symptoms of depression.

Two recent studies investigated how Facebook users’ psychological health might be affected by making social comparisons with their peers.

In the first study, engaging 180 participants, researchers found an association between the amount of time subjects spent on Facebook and depressive symptoms.

Making social comparisons and seeking feedback from peers are particularly important behaviors during adolescence. Not only do they shape identity, but they also help us determine what is normal behavior. Making excessive comparisons, however, and seeking too much peer feedback, can put individuals at risk of experiencing depressive symptoms.

This risk applies during adulthood as well.

Both studies found that people felt depressed after spending large amounts of time on Facebook. This is because people felt badly after comparing themselves to others. High doses of social technology and frequent logins also increased levels of social comparison.

As of now, investigation of how frequently adults or adolescents use social media, and the effects this has on their psychological adjustment, has yielded mixed results. Some outcomes are positive, some negative—and others claim no connection at all.

More importantly, though, is the range of findings. These results can provide direction for future studies and raise awareness for adolescents who might be at higher risk of depression.

So, how might you block depressive symptoms? Try some moderation. Cutting back on cell phone use, texting, and the amount of time spent on social media can help reduce opportunities for excessive and unrealistic social comparison.

Also, help adolescents to reframe their experience of social media. Let them know that family members, friends, and acquaintances aren’t all as content in their posts or perfect in pictures as they seem.

We should remember that not everything we see or hear on the internet—including social media—is exactly true.

– EDITOR’S NOTE: This article was written by a young man (Eric) who is interested in writing more for this blog. I would love to know what readers think. Please post comments.

Harter, S., Stocker, S., & Robinson, N. S. (1996). The perceived directionality of the link between approval and self-worth: the liabilities of a looking glass self-orientation among young adolescents. Journal of Research on Adolescence, 6, 285–308.

Harter, S., Stocker, S., & Robinson, N. S. (1996). The perceived directionality of the link between approval and self-worth: the liabilities of a looking glass self-orientation among young adolescents. Journal of Research on Adolescence, 6, 285–308.