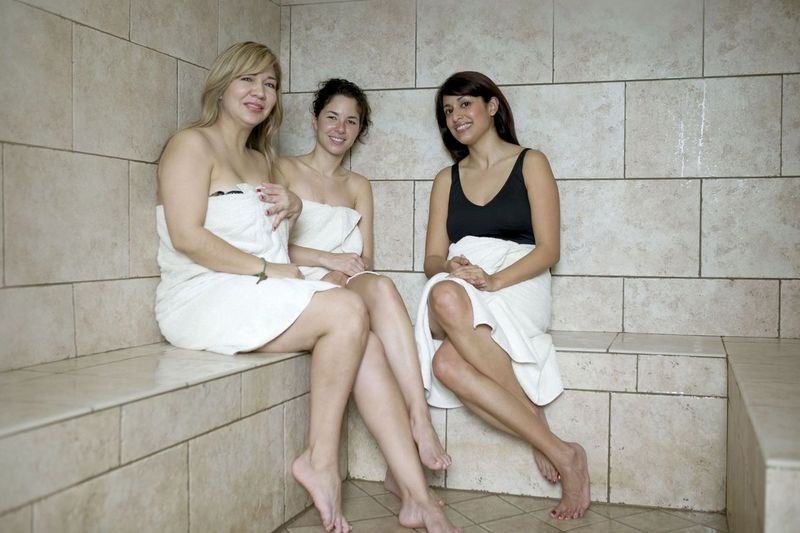 How about if there was scientific evidence to support the notion that a sauna, or a nice, hot bath, or spending time lying in the sun on the beach is good for your mental health?

Moodsurfing is always on the alert for evidence related to alternative treatments such as music, meditation, and nutritional supplements, so this article caught our collective eye.

Yes, it’s a real thing.  Raising the whole-body temperature to about 101° F (38.5 degrees Celsius) resulted in a significant decrease in depressive symptoms in volunteer participants in a randomized clinical trial at the University of Arizona.  Participants in the sauna trial were monitored until their body temperature reached 38.5 degrees Celsius, (which took an average of 20 minutes).  Then the heating unit was turned off and they remained in place for a 60-minute cooldown period.

An interesting feature of the study was the attempt to create a control group by putting them in a “sham” sauna.  This group experienced colored lights (instead of infrared), and a running fan that did not distribute heat, which imitated the conditions of a real sauna.  10 of the 14 participants in the “sham” sauna believed that they had received the real intervention, and only one of the participants in the real sauna believed that they had been in the sham group.

These results suggest that hyperthermia (heating) of the whole body can be a real tool in the depression-fighting toolbox.  Many community pools and fitness centers offer saunas and hot tubs, so the treatment can be accessed at a very low cost.  It may even be possible to raise the body temperature enough in a home bath tub, although the temperature difference between the real sauna and the sham sauna was not all that high, meaning that you have to be sure you are really getting up into the 101° F range.

That’s the hot news in the Moodsurfing world!