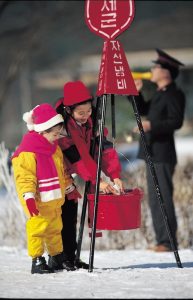 Did you know that giving can activate the reward centers of the brain? We think regularly about techniques to support us in managing our mood including exercise, eating healthy, regular sleep routine, etc. Is giving back or volunteering also on your list? If not, you should consider it.

Researchers are finding that areas of the brain that are activated during pleasurable activities such as eating chocolate are also activated when engaging in charitable giving. As many of us are familiar with in our lives, often times helping others feels as rewarding, if not more rewarding than being helped by others. Giving back to those around us or those in need can ultimately be a way of giving back to ourselves and supporting our mood. An article in US News and World Report (see link at the end of this post) talks about some of these effects…

The feel-good effects of giving begin in the brain. It’s called “giver’s glow,” says Stephen G. Post, director of the Center for Medical Humanities, Compassionate Care and Bioethics at New York’s Stony Brook University. The response, he says, is triggered by brain chemistry in the mesolimbic pathway, which recognizes rewarding stimuli.

Philanthropy “doles out several different happiness chemicals,” Post says, “including dopamine, endorphins that give people a sense of euphoria and oxytocin, which is associated with tranquility, serenity or inner peace.”

In fact two large studies suggest that generosity can have pretty profound health effects as well.

One study published in 2013 in the American Journal of Public Health found that giving time and assistance to others reduced the mortality risk tied to stress, a known risk factor for many chronic diseases. According to the study, which looked at 846 adults in the Detroit area, stress did not predict mortality for participants who had helped others within the previous year. But the link between stress and mortality was apparent in people who didn’t lend a helping hand, even after adjusting for age, health and other variables.

A colleague recently told be about Live Happy, a group devoted to living happy and making the world work a happier place. This month they created a campaign of daily happy acts to engage in, such as cooking a meal for a friend or telling someone your favorite joke. They are encouraging people to reflect on how doing a daily act of giving impacts their happiness over the course of the month. Do you think you are up for the challenge?

Check out the calendar: http://www.happyacts.org/calendar

What Generosity Does to Your Brain