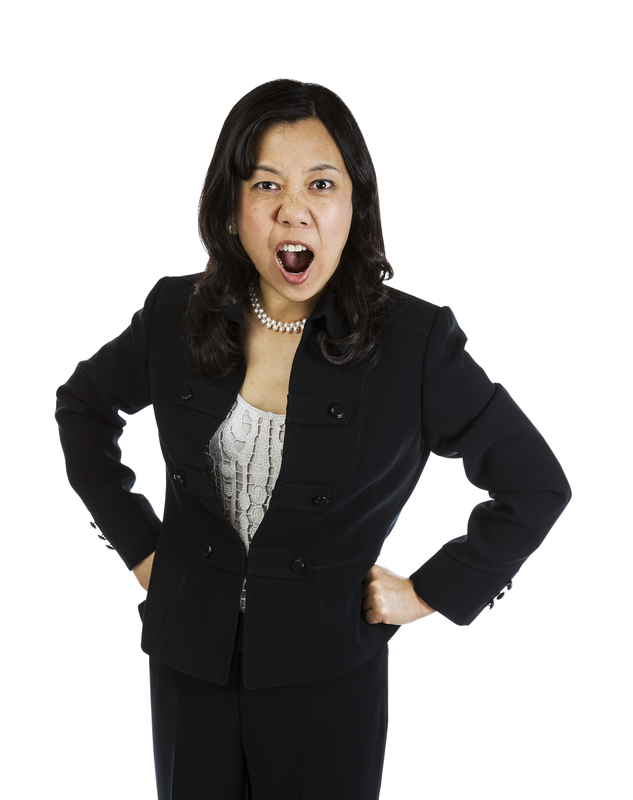 “I just can’t believe what my mother told me on the phone, she said I was a bad mother, can you believe it? I wasn’t going to put up with that, believe me…”

A delightful and pretty feisty mother came in the other day brimming with frustration. We spent the entire session talking about how she got derailed from a month that was filled with many positive changes in her life after her mother got on the phone with her.

We went through the conversation in detail and there was really no question in my mind that her mother started the fight. Hiding under a thin veneer of sweetness, she  said several things that were obvious invitations to a fight.

But I kept thinking that however provoking her mother’s behavior was, the fact was that taking up the challenge was mostly hurtful to my patient, not her mother.

In fact, probably the most negative way of responding to the provocations would have been for my patient to refuse to continue the conversation.

Parents and partners, and often other family members as well, matter so much that it can be difficult to end the conversation without trying to make the point that their behavior is hurtful and wrong. But often that is the best, most self-nurturing thing we can do.

In arguments, it takes two people to fight.

I have found it very useful to notice when I am feeling angry, or hurt, in a conversation. When that happens I slow down my own responses and try to listen carefully so that I can see what it is that is being said that is causing me to feel angry. If you can see the taunts as statements that are consciously or unconsciously intended to trigger a response, and notice in real time how this is happening, and then slow down your own responses so that you don’t take up the invitation to fight, you may be able to avoid having that fight, and then avoid dealing with a week of outrage and poor sleep.

I really enjoy the book by Eric Berne, Games People Play, for its description of verbal gambits like this.

To remind myself what is going on I will label this behavior “Let’s You and Me Fight” and notice how insistently the invitation to fight is proffered. If the first annoying thing is ignored another one will often replace it. But all through this process I will be consciously aware that, like any other invitation, the invitation to a verbal fight does not have to be accepted.

And if refusing to fight is becoming unpleasant or boring…  you can walk away.

If the conversation is a phone conversation, one useful trick is to hang up the phone while I am talking and then leave the phone off the hook, or remove the battery from the cell phone (“darn cell service is so unreliable…”).

It can be hard to manage this but if you don’t announce that you are hanging up and if you interrupt what you are saying most people will at least be unsure about what happened.

“That is a thought that is very powerful… [click]…”

If I withdraw from a conversation when you are outrageous, you are less likely to continue to provoke me, but if I join in a fight I may be inadvertently reinforcing your bad behavior.

This kind of pattern of interaction is usually the sign of someone with very limited capacity to sustain positive relationships. They may provoke because it is at least some kind of a response. I feel bad about myself, I feel unimportant, but see, I matter because the other person responds to my statements.