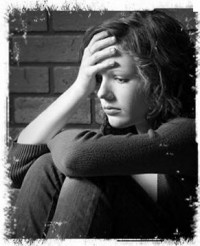 After nearly 20 years of work in the field of post-traumatic stress disorder, one thing that continues to trouble and baffle me is the phenomena that was described by Freud as the repetition compulsion.  Why is it that people who have been victimized in terrible ways are at much higher risk of being victimized again.  One would think that they would be more cautious, having already seen the results of traumatic events.

If so, is there something about people who become victims that predicts another trauma but isn’t related to having experienced trauma?

Maybe it is having grown up in more troubled families… But studies to identify this have not been successful. Even controlling for other risk factors, there is still a higher risk of experiencing a second traumatic event in those who have had one.

I have sat with many women who were victimized by men, either as children or adults, and I have heard them talk about men that they were beginning a relationship with.  I have been stunned to learn that they find themselves attracted to men who, as I listen to their description, seem to be at high risk of victimizing them again.

There seems to be something that is attractive about the danger, or the possibility of facing danger and yet having a different – better – experience, or to rescue the other person… I’m not really sure, although it does seem as though danger is part of the appeal.

There is clearly a change that takes place in the brains of people who have been traumatized.  This change involves a reduced reactivity to ordinary events and a heightened reactivity to potentially traumatic events.

So some of the attraction may be seeking the stimulus of danger because ordinary life seems bland.

Yesterday, we were with a young, attractive and intelligent woman who has been victimized many, many times and we found ourselves again wondering why this happens, and when we asked her about people she found attractive or intriguing we could see that there was a mixture of interest and fear about “dangerous” men.

Then the thought occurred to us that the fascination with why this happens might be our own kind of psychological distortion.  Maybe focusing on “why” is not the important thing.

Maybe what is important is working to teach victims about this tendency and to help them to develop a safety net so that when they’re in a situation that is a potentially risky one, they can recognize that and stop themselves.

At the beginning of the session, when I asked the young woman what she would do if she saw the man who multiply raped her as a young adolescent, she said she would hug him.

The work of the session was getting her to say she would call 911 instead.