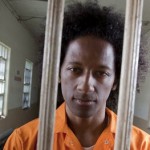 What is the point of sleep? We have a page on this blog devoted to the question but in the last couple of years there’s been an outpouring of research pointing to the critical importance of sleep in sorting out memories (getting rid of unuseful ones) and generally “tuning up” the brain. A fascinating article last year pointed to evidence that potentially harmful chemical waste products got cleared out of the brain during deep sleep.

Along comes an article in the prestigious journal Science suggesting that sleep plays a critical role in either strengthening or diluting biased perceptions.

The researchers first showed that their subjects had unconscious bias based on racial and gender stereotypes.

Then they were shown pairings that were contrary to these unconscious biases (women paired with math words, African-Americans paired with positive words) and during these trials a particular sound was played.

This reduced bias by about 40%.

The final part of the experiment involved having the subjects take a 90 minute nap. During the nap there sleep was monitored, and also during the nap they heard the sound associated with the unbiased pairings of pictures and words.

Sleep further reduced bias and the effect was proportional to the amount of slow-wave and REM (or dream) sleep.

More on this Topic