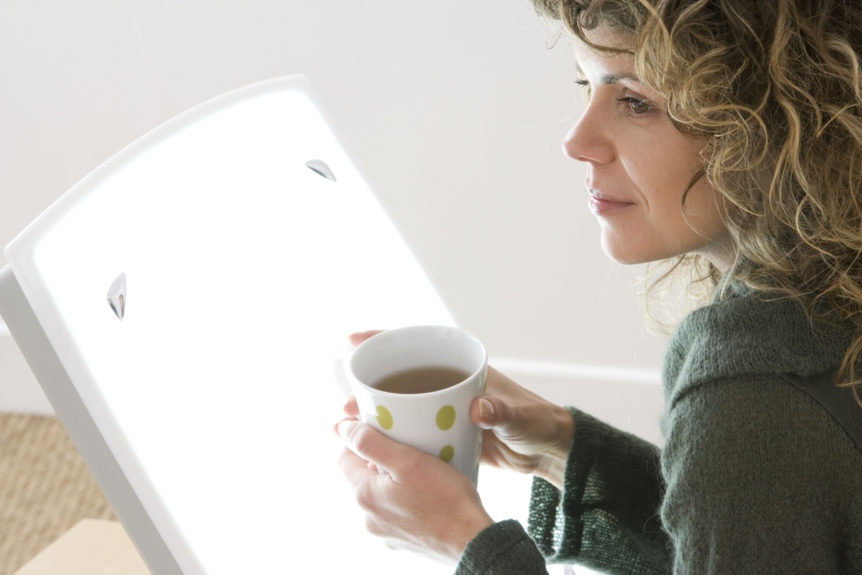 Bipolar light therapy can improve mood and daytime alertness.  Light therapy is often used as an adjunctive treatment for patients who experience residual depressive effects while taking lithium or valproate as mood stabilizers.  Light therapy can also be useful for those who need to minimize medications, such as pregnant women or the elderly.

A study conducted at the at Northwestern University Feinberg School of Medicine last year found that timing and duration of bipolar light therapy is critical to success.  In this study, patients were instructed to start with only 15 minutes of light exposure at around mid-day, gradually building up to the full 60 minutes after four weeks.  Lead author Dorothy Sit, M.D. explained: “Studies normally start at the full light duration, but we modeled our protocol after medication studies where the dose is gradually escalated,” she said. The goal was to build up the participants’ tolerance to the light and further decrease the risk of hypomania or other side effects like headaches.  For more details about this study, see Moodsurfing’s report on it from last fall.

Some concerns have been expressed, however, about risks that light therapy may pose when used for bipolar depression: could it trigger manic or hypomanic episodes?  A meta-analysis of light therapy studies published this March shows that the risk appears to be minimal.

Francesco Benedetti, M.D., of the Scientific Institute Ospedale San Raffaele in Milano, Italy, analyzed data from 41 studies evaluating the effects of light therapy on patients with bipolar depression. Of the 799 patients included in these studies, only 7 (0.9%) switched into mania and 11 (1.4%) switched into hypomania. Three of the patients who switched into mania had rapid-cycling bipolar disorder, which the authors noted is a risk factor for switching.

This meta-analysis found that the effects of light therapy were independent of the timing and duration of light exposure.  However, the Northwestern University study cited above found that morning light exposure did pose some risk of switching to hypomania, but mid-day exposure did not.  Both authors emphasize that more study is needed to understand the effects of light therapy in bipolar depression in detail.